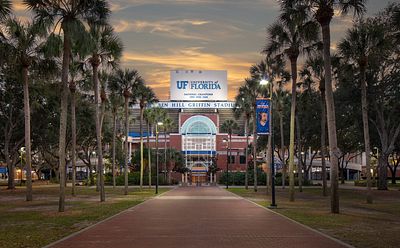 University of Florida - The Swamp

Even though Arkansas & Florida are football rivals, yes, I intentionally wore my Razorback logo on University of Florida campus.  Since my nephew works security on campus, I thought I'd have some fun with it.

Being the 12th largest college football stadium in the US, Ben Hill Griffin Stadium seats over, 88,000.  It was given the nickname "The Swamp" by former football coach Steve Spurrier noting that "only gators get out alive".  What I found interesting is that the stadium is open all the time, while there I saw several running the steps or breezeways for exercise.  Given a brief tour of the campus, I was impressed at the size.  Naturally being in Florida, it's a nice campus on that fact alone. 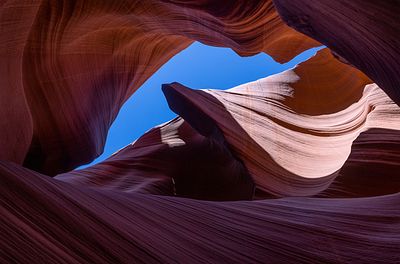